Since Malaysia Airlines took to the skies on 1st September under new company Malaysia Airlines Berhad (MAB), Management has been busy updating the travelling public with their plans for the future. The latest announcement relates to the renewal of the fleet with the signing of long-term lease agreements for four (4) new Airbus A350-900s with Air Lease Corporation (NYSE: AL). Delivery is expected between the fourth quarter of 2017 and the second quarter of 2018.

The transaction also includes a lease option for two additional units of the technologically advanced A350-900s and two A330-900neo aircraft, claimed by the manufacturer Airbus as the most cost-efficient medium-range wide-body aircraft in the market. The first A330-900 aircraft are expected to roll off the production line in late 2017.

Malaysia Airlines expects that inclusion of these new fuel efficient and state of the art aircraft will contribute significantly in the return to profitability for the airline as customer satisfaction with the aircraft comfort increases while fuel costs are reduced. 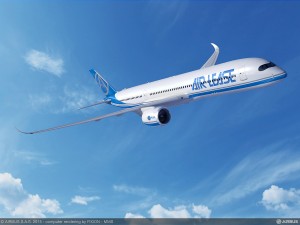