ASEAN (Association of Southeast Asian Nations) came into existence with the signing of the Bangkok Declaration on 8th August 1967, growing to include ten South East Asian countries today. To Celebrate ASEAN Day, why not visit some of the diverse countries in the group – AirAsia is helping with some special fares on sale on the 8th August 2016 starting from MYR 10 to all ten of the ASEAN nations, Malaysia, Thailand, Indonesia, Philippines, Singapore, Brunei, Vietnam, Cambodia, Laos and Myanmar.

How many have you already visited? 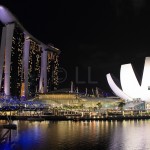 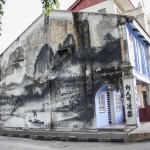 Lesley loves photography, budget travel and getting value for money, visiting places on and off the beaten track.
Related
A+SEANAirAsia

A+SEAN at George Town Festival
Be the first to comment!
Leave a reply »