KLIA Ekspres has unveiled the new livery used on the last of the six new Chinese train sets delivered and ready for service. The addition of the new trains will increase the seats available on KLIA Ekspres and KLIA Transit by 50%. The two services are operated by Express Rail Link (ERL).

***** If you’re in Kuala Lumpur, or nearby, why not try out the service for free this weekend. There are a few conditions:

The six new trains have been apportioned to give KLIA Transit four units with the other two going to KLIA Ekspres. The first KLIA Transit train arrived from China’s Changchun Railway Vehicles Company Limited (CRRC) in October 2016.

Both types of train set comprises 4 carriages, with clear connectivity between carriages no door)s This maximises the space and eases movement through the train.

KLIA Transit will still get you to KLIA and klia2, but it is a transit service, stopping at Bandar Tasik Selatan, Putrajaya/Cyberjaya and Salak Tinggi. As such it takes a few minutes longer, but gives more flexibility. 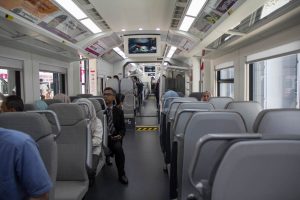 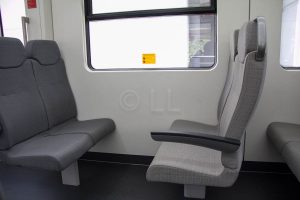 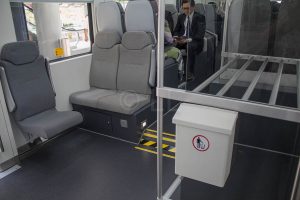 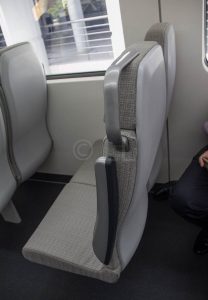 During the unveiling of the new train, Transport Minister Liow Tiong Lai also spoke of the need to enhance the urban public transport efficiency and service level. He made mention of the upgrading of KTM train lines which will improve commuter connectivity by 2019.

The ERL services also connects at KL Sentral with other bus, Light Rail Transport (LRT) and the three new MRT lines, the first of which runs between Sungei Buloh and Kajang.

Check out their website for more information on KLIA Ekspres and KLIA Transit schedules and fares, or to purchase tickets.

Lesley loves photography, budget travel and getting value for money, visiting places on and off the beaten track.
Related
airport trainKLIA EkspresGround travel