High travel demand on some routes has led AirAsia to make changes to cope with increased passenger numbers in upcoming peak periods. These increased traffic needs are being met with changes in three main areas.

AirAsia will deploy Airbus A330 aircraft on the Maldives and Macao routes for one month between 19th April and 18th May 2017. In addition, passengers to these two destinations can enjoy promotional fares, available until 23rd April 2017 for travel during that period.

All-in, one-way fares directly to Maldives are now on sale from MYR 169 and to Macao starting from MYR 129. If you prefer a little more comfort, the Premium Flatbeds from Kuala Lumpur to both Macao and Maldives start from MRY 599. This fare includes extras such as meals and a 40kg baggage allowance.

Bookings can also be made using the AirAsia mobile app on iPhones and Android devices to enjoy the special promotional fares.

The progressively increased frequencies will see flights to Kaohsiung, Pontianak and Semarang increased to seven times weekly. Da Nang will see ten flights weekly, while Hanoi will have eleven and Siem Reap goes up to fourteen per week.

For details of the revised flight schedules and more information or make a booking, please log on to airasia.com.

Tickets are now on sale for new routes recently announced, including flights out of Kuala Lumpur to Bhubaneswar, India starting on 26th April 2017. These flights will operate four times weekly, as will flights out of Johor Bahru to Tawau and Langkawi. The new daily Kuching to Pontianak will start on 5th June 2017. on the beach, Langkawi 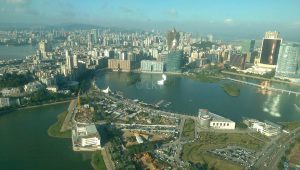 Lesley loves photography, budget travel and getting value for money, visiting places on and off the beaten track.
Related
AirAsiaextra flightsAirline News