Singapore Airlines and Tourism Australia have signed a new three-year agreement worth A$11 million. This will jointly fund tourism campaigns and promotional activities in eight of Australia’s key inbound markets.

Apart from Singapore, these travellers come from China, Germany, India, Indonesia, Japan, Malaysia and the UK. These countries will be a focus of the tourism campaigns and promotional activities.

Mak Swee Wah, SIA’s Executive Vice President Commercial is pleased with the renewal of the strategic cooperation with Tourism Australia. He says the signing underscores the airline’s commitment to Australia’s tourism and travel industry. Singapore Airlines has been flying visitors to Australia for over 50 years and the extension is timely.

…. With Singapore Airlines’ wide network reach in target markets and Tourism Australia’s marketing prowess, we are confident that we can leverage each other’s strengths to attract more visitors from all over the world to Australia.

Tourism Australia’s Managing Director, John O’Sullivan, said Singapore Airlines is an important partner. He added that Changi Airport is a vital aviation hub for international tourists travelling down under.

Singapore Airlines is one of Tourism Australia’s longest standing partners and John O’Sullivan is delighted to see this close cooperation renewed and extended.

The airline offers direct flights to

This represents eight per cent of all Australia’s international arrivals. Together with subsidiary airlines SilkAir and Scoot, the SIA Group has almost 170 weekly flights to Australia. 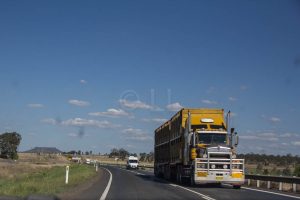 Lesley loves photography, budget travel and getting value for money, visiting places on and off the beaten track.
Related
Singapore AirlinesTourism AustraliaAirline News

Singapore Airlines confirms Singapore-Melbourne
Be the first to comment!
Leave a reply »