Malindo Air and Turkish Airlines have jointly announced the formation of an Interline Partnership which will be of benefit to both carriers in widening their market reach. With both airlines operating flights from Kuala Lumpur International Airport (KLIA), where Malindo Air has its hub, passengers have a useful change over point to connect with routes they would not have previously had access to on the single airline.

Turkish Airlines operates out of Istanbul and flies a total of 289 airports worldwide, including 240 international destinations, while Malindo Air currently operates over 800 flights weekly to destinations in twelve countries across the Indian Sub-Continent and ASEAN as well as China and Australia. The airline is expected to announce additional routes in the next few months.

….. This new interline ticket agreement is a flying partnership and will enable passengers to find connections easier when traveling between the ASEAN region and Europe. This interline partnership will make travel seamless from this region, reward frequent travellers on Malindo Air, and offer our passengers even more options when travelling to Turkey and beyond. With the announcement of our partnership with Turkish Airlines, Malindo Air continues to expand our network, including more flights, more gateways and more destinations. Malindo Air will provide another option for travel trade in the ASEAN region and to Australia. The success of this interline partnership will open doors for us to codeshare or interline with other suitable partners. Chandran Rama Muthy, Malindo Air CEO 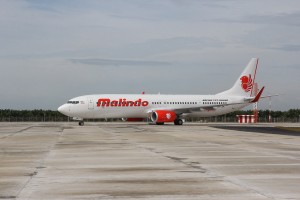 Malindo Air is a Malaysian full-service carrier whose first flight took off in March 2013. The airline has two hubs, flying B737 aircraft out of Kuala Lumpur International Airport and ATR72 turboprops out of Subang Skypark, located in the Klang Valley and effectively fulfilling the role of a city airport. As a new airline they are just starting to collect awards.

Turkish Airlines has been flying since 1933 when it started with five aircraft.  The airline, A member of the Star Alliance, has been regularly collecting Skytrax awards, taking out ‘Best European Airline ‘ in 2015 for the fifth consecutive year and ‘Best Airline in Southern Europe’ for the seventh time.

…. In connection with rapidly growing relations between our countries, we sincerely believe that this partnership with Malindo Air will bring enormous benefit to both airlines within commercial perspective. Together we’ll be able to provide multiple travel alternatives to our passengers and eventually increasing the traffic between European and Asian destinations respectively. Temel Kotil, Turkish Airlines' Deputy Chairman & CEO

Lesley loves photography, budget travel and getting value for money, visiting places on and off the beaten track.
Related
Malindo AirTurkish AirlinesAirline News

Fly Kota Bharu–Langkawi with Malindo Air
Be the first to comment!
Leave a reply »